Business and Feelings – Do Feelings Have a Place in the Business World?

June 16, 2021 / Merav Burstein / Comments Off on Business and Feelings – Do Feelings Have a Place in the Business World? 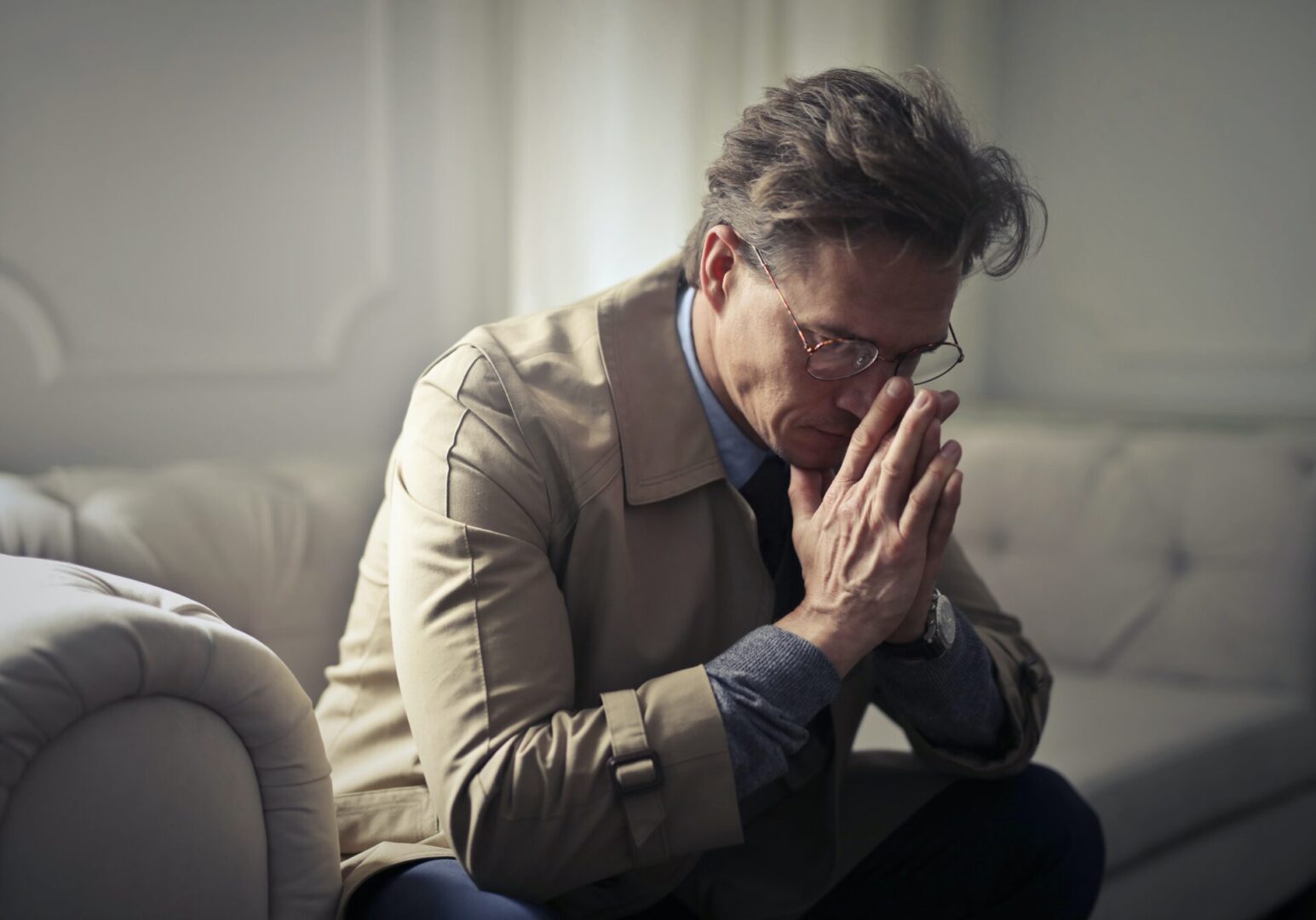 Do Feelings have a Place in the Business Industry?

“When small men begin to cast long shadows, it’s a sure sign the sun is setting”

I will begin my answer to this complex question simply by saying: yes. The business world is dominated by many feelings: fear, love, hate, envy, sympathy, empathy, joy, sorrow, disappointment and many more. These directly and indirectly affect the world in which money talks. If anyone thinks that the modern business and economic world is purely ruled by the reports, diagrams and the money it is very easy to prove to them that this is not so.

The basic instincts of each and every person populating the business world are made up of dozens of emotional nuances, some positive and some negative. Some are conscious and others are subconscious and deeply set in human nature. However, even the less conscious are still active, exciting and lively. They affect people’s behaviour at home, at work, at school, at meetings with friends, during altercations on the road while driving or when arguing with an annoying neighbour. These instincts are there and sometimes the real difficulty is to admit, even to ourselves, that their affect is so strong and so dramatic.

As mentioned, the business world is not always aware of the effects of feelings on business people, but that does not mean that these effects do not exist. A high level of self-awareness can be an excellent solution, but it has to do with emotional maturity, balance in life and the ability to overcome ego for the good of the organization. Such self-awareness, that recognizes not only the existence of these emotions but also the affect they have on suppliers, clients, executives, investors, employees etc. – can be the key-point to promoting the start-up. A deep knowledge of this subject will provide managers with a very effective work tool if they want to learn to control the range of emotions, to regulate negative emotions,  and to consciously elevate the positive ones as well as to adjust the state of mind within the start-up to the goals they need to meet.

The True Effect of Emotions on the Business World

In the business world emotions do not take the place of numbers and tables, but they still have honorary status. What is, then, the true effect of emotions in the business world? In the business reality we are often faced with approval or rejection of projects just because someone likes or dislikes the person behind the project. In the world of sales promotion a deal worth hundreds of thousands of dollars may be launched thanks to a salesperson that was popular with the clients, or fall through due to an unfortunate political slip of the tongue by a careless salesperson. If the gap between two business offers is not too substantial, clients will usually prefer to work with a salesperson they feel comfortable with. The influence of feelings can be expressed even when there are no major gaps between ‘wrong’ and ‘right’ behaviours. If the salesperson is very impatient with a client, it will affect the client’s feelings. If the salesperson was courteous, polite but cold and alienated they could quite possibly lose the sale to a salesperson from a competing company (and even to a different salesperson from the same company) who was much kinder and attentive to the client’s needs.

Even motivation is an interesting result evoked by emotions. The more the positive feelings in an organization increase, thus the motivation of some of the people to assist and present new ideas increases as well, and there is also a significant rise in efforts to solve problems and not give up. As opposed to that, negative feelings have a much more clear and dramatic affect. If it is sometimes difficult to see the direct connection between positive feelings and the level of motivation, the connection between negative feelings and lack of motivation is much easier to spot. An employee with no motivation will waste time, lack focus and act in a non-businesslike manner. This employee will neglect major activities and will dabble with triviality to keep busy.

In the past when defining the word ‘restraint’ in the business world, it was said that restraint means counting to ten before doing something. Today the attitude towards the word is much more advanced and recognizes the fact that in the business world restraint is needed not only for prevention of wrong and negative behaviours but simply for succeeding in a career, work, a start-up, and the many contacts with suppliers, clients and employees. The meaning of restraint is the control of urges that can disrupt the activity, the thinking, and the judgment of a manager or an entrepreneur. A conflict with an annoying client can lead to a full-blown war if the person facing the client is unable to control impulses and devises a plan to ‘teach them a lesson’. A personal confrontation between a CEO and a shareholder might well end by the ‘victory’ by the CEO. Is the fact that the CEO was fired twenty-four hours later related to that victory? Of course it is. Without the regulation of negative feelings the desire to win will overcome pure logic – and the loss, in the long-run, will be much greater than the immediate, temporary, victory.

However, restraint can be very worthwhile in the business world (and there are cultures in which restraint is a second nature). In various countries restraint becomes an inseparable part of the business culture. Thus, even if investors really like a certain start-up, it will not be apparent in their body language or facial expressions. It is truly a poker game.

How to Influence the Feelings of Others in Business Ventures

Both positive and negative feelings have an effect on the surroundings. They influence people’s decisions, their will to invest or purchase, and their motivation to work or lend a hand, even in places where the assistance is not obligatory. How do these feelings affect business ventures? For example, the sale of an idea at an early stage when it is still raw and premature is very much affected by the feelings that are evoked during the negotiations.

The effect feelings have in the business world can be conscious or subconscious, educated or instinctive and mainly superficial or, more accurately, a result of a deliberate effort to minimize negative feelings. Improper behaviour of a manager towards a supplier, especially in the presence of a client, a potential investor or a board member, can question this manager’s suitability for their position. As I have said before, the effect of wrong behaviours and anger on a personal basis may not be noticeable without careful examination of the accounts and analysis of the numbers, but it will leave its mark even if outwardly everything seems to be fine. It is possible to minimize or prevent the damages by deliberately reducing the negative feelings and increasing the dosage of positive feelings at the workplace. A deliberate decrease of negative feelings can be achieved by holding clarifying personal conversations with difficult clients or trying to filter people with negative attitudes when recruiting personnel to the company. Intercepting rumours and reducing the number of people who spread them on a regular basis (it is always the same people and the routine repeats itself time after time) can also help.

The reduction of negative feelings can have a far-reaching effect on the organization and on its business results but it is also worth investing efforts in deliberate empowerment of positive feelings. The empowerment of positive feelings in business ventures can start even with external things such as changing the setting of the workplace from a dreary place to a pleasant work environment and from ‘Spartan’ surroundings to a place that provides small treats to the employees. A manager’s smile in the morning will raise smiles on the faces of the employees. A manager that passes through the offices to say “Good Morning” can make many people’s day. If on a very hot day the CEO of the company goes through the offices handing out cold popsicles to clients, managers, employees and even people who were just passing-through the place at the time – they will have a very happy company.

So, how do you influence other people’s feelings in ventures? An organizational culture that is aware of the damage caused by negative feelings at the workplace and that recognizes the value of positive feelings and their blessed effect on all of the company’s managers and employees can work miracles. A proactive organizational culture that initiates actions for improving the atmosphere, the treatment of people and the interpersonal relations within the organization, and also maintains fairness can dramatically influence the business results in the course of time.