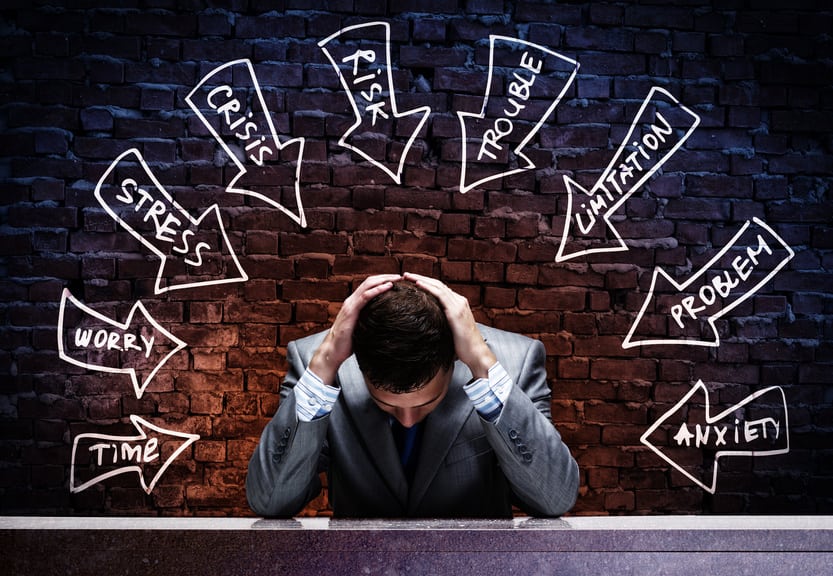 Up until now I have discussed success, its components and the price it bears. But the coin of success has another side, just as important – failure. Failure is not always the opposite of success and it does not always come in its place. Things are much more complex and complicated than that. The way I see it, the most painful failure is a situation where nothing was done, where there was no attempt to do anything and things just went on the way they were. If an entrepreneur or inventor has a great idea and they do not do, or even try to do, something with it – their chances of succeeding are nil. At the same time, the chance of failing are also insignificant. The one who does nothing does not fail; and in many instances people who are afraid of failure just freeze and do not evolve or renew anything in their lives. This is true not only in business. Fear of failure has important consequences on every aspect of life. Whether we are discussing relationships, work or career, many people would rather sit and do nothing – as long as they do not fail. For this reason, for example there will be single men or women that will not approach the opposite sex for fear of rejection. There are also people that in the framework of their business will meet someone who may fit their social network, but they will be too shy to approach that person and exchange business cards. As I see it, this also constitutes a failure.

Dealing bravely with failure means moving on at full steam, going forward. There are people that for whom failure, even the smallest, paralyzes them for a long time. And there are people of a totally different breed. These wait to ambush failure; they know that failure is a part of real life and are aware of the fact that it is inevitable. They just don’t know when it will occur. But sooner or later it does. Then, the question is whether in spite of the failure they will be able to (emotionally and professionally) continue acting, working and functioning. That question, and not whether the failure will bring the whole process to a full stop, is in my opinion the right one. People who have succeeded in life are those who kept on working and functioning even after experiencing failure. Thus, since failure is an inseparable part of life (again, not only in management, business or entrepreneurship), we need to know to handle it well without its causing us give up or become paralyzed. Does the constant falling of a toddler learning to walk discourage them or their parents from trying again? Is the wrong decision made by a worker that leads to the manufacturing of 60 defective units grounds for dismissal? Maybe it ensures that chances of them making those same mistakes again are now reduced to nothing? Failure must be dealt with not only on a personal level but also at the department and even organizational levels.

This reminds me of a very well-known Zen story. I believe many readers are already familiar with it, but it portrays the idea of failure very well.

It tells of two monks, one young and one old, that receive orders from the Father of the monastery to move to a new monastery which is a day’s walk away. On the morning of the next day they pack their meagre belongings and start the long walk. A few moments after departure they meet a beautiful young girl standing on the edge of the river and she asks them for help. Please, she begs, help me cross the deep and turbulent river. The young monk turns his back on the girl, but the old monk bows down, takes the girl on his back and brings her safely to the other bank. Here he sets her down, bows to her and crosses the river back to the young monk awaiting him. Both monks continue on their way which becomes more difficult and steep, but the young monk is upset and cannot settle down. Can it be, he wonders, that this monk who has taught us all of these years to be celibate and to suppress our desires has touched a young beautiful woman and carried her on his back? How could he have done such a thing? At nightfall both monks arrive at the stairs leading to the new monastery. At this point the young monk could contain himself no longer and he asks his older colleague, “How can you, the monk whom I admire so completely, who has taught me not to think of women, how can you touch a women?” The older monk looks at the young monk and responds in a warm, fatherly voice, the voice of especially wise men, “Son, this morning I left a woman at the other side of the river whilst you have been carrying her around all day”.

As a definition, failure is a situation in which a certain action was performed and did not succeed. Sometimes it failed because we were not properly prepared and other times it failed simply because it had no chance of succeeding in the first place. Sometimes the failure is foreseen and sometimes it catches us by surprise. Either way, there was an action and it did not succeed. It failed. A person who is frightened by their failures also has a very slim chance of dealing with their successes. The reason for this is simple. Every success is preceded by a series of failures. If you cannot overcome the failures, you cannot reach success. If the success happens to precede the failure, we call it ‘beginners luck’. But these kinds of shortcuts are very rare.

Dr. Ben Porat is an experienced veteran of Israel’s high-tech. He was the CTO of Ness Technologies (formerly traded on NASDAQ: NSTC), Founder of dbMotion (Sold to AllScript for $235MM). He was the CEO of Maayan Ventures, the largest technology incubator in Israel (taken public on the TASE) and the CEO of Jerusalem Technology Investment Ltd. (JTI) (Traded on the TASE). Dr. Ben Porat holds a Ph.D. in physics from Ben-Gurion University as well as a Ph.D. in Business Administration from Ben-Gurion University. He served in the Israeli Air Force
Scroll To Top